Currently, I am playing the “Double Fine Adventure” which was eventually entitled “Broken Age”. Growing up, my favorite game designer was Tim Schafer. Of course young people don’t bother memorizing names of game designers. So, I didn’t know that Day of the Tentacle, The Secret of Monkey Island, and Grim Fandango all came from the slightly-strange mind of of one guy. But, had I made the connection I would have bought every game he was involved in. Now, I am honored to live on the same peninsula as Tim Schafer and glad to support the projects that come out of his production company (Double Fine Productions). 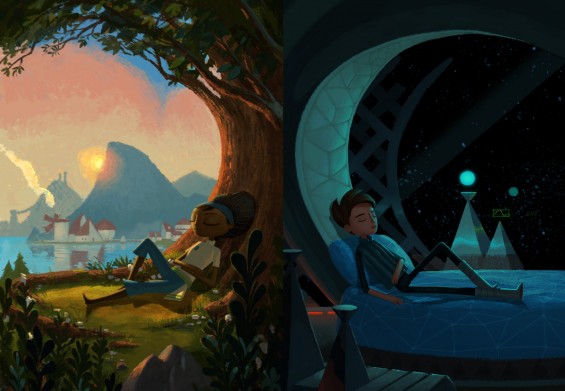